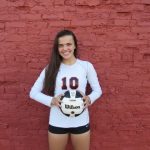 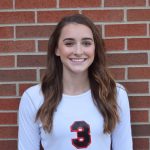 Several New Palestine High School athletic teams will be offering camps this summer. Unless otherwise noted, the cost of all camps is $35, with checks to be made out to CSCSHC. The camp sign-up sheets can be found by choosing “camp form.” Boys basketball (camp form) Current grades 1-3: 9-10:15 a.m. June 4-7 at Doe Creek 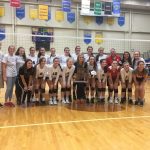 The New Palestine and Triton Central volleyball teams will join together to host a fundraising tournament June 2 at the Triton Central fieldhouse. The tournament is open to male and female players, ages 14 and up, of all skill levels. Teams of up to six players may register, with the registration fee of $125 per 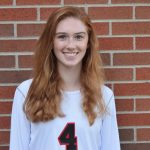 New Palestine High School senior Allison Dennemann has been named a second-team All-America volleyball player by MaxPreps. Dennemann was chosen to MaxPreps’ Medium School All-America team, which was announced Thursday, Dec. 21. She is New Palestine’s career kills leader, with 2,184 kills over her career. She also had 1,341 digs. This season, she had 572 kills 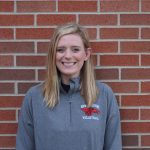 New Palestine volleyball coach Kelli Whitaker has been named to the American Volleyball Coaches Association’s “30 under 30” list. The AVCA honors 30 high school coaches nationally who are under age 30 each year to give recognition to up-and-coming coaches. She was one of three Indiana coaches so honored. (Full list). Whitaker has led the Dragons

New Palestine senior Allison Dennemann has been named Class 4A Second Team All-State by the Indiana High School Volleyball Coaches Association. Dennemann led the Dragons with 572 kills, helping lead the team to a 27-7 record and a second straight sectional title. Over her career, she is NPHS’s all-time kills leader, having recorded 2,184 career kills 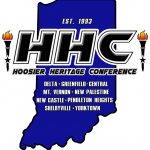 As the fall season comes to a close, several NPHS athletes earned All-Hoosier Heritage Conference honors. All-HHC teams are chosen by a vote of the coaches in five sports, while they are determined by the results of the conference meet in the other three. The NPHS All-HHC performers are: Football Zach Neligh, Jr., QB Luke Canfield, 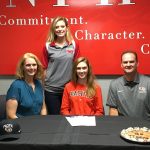 New Palestine senior Allison Dennemann signed a national letter of intent Wednesday to play volleyball at the University of the Pacific. Dennemann is NPHS’s all-time kills leader, having recorded 2,184 career kills and a .349 career hitting percentage. As a junior, she had 700 kills to lead the Dragons to a sectional title, the first regional