Wrestling season has officially started! The boys are working hard and will be ready to dominate on the 22nd. #dragonwrestling

Wrestling will have their parent meeting on Thursday, November 6th from 5:30-6:30 in the main gymnasium at the high school. We will hand out forms that need to be signed and schedules for the season. If you have any questions about the parent meeting or wrestling, please contact Chad Red at (317) 771-9580 or Steve 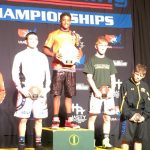 New Palestine junior Chad Red won the national championship in the 126-pound freestyle category at the USA Wrestling Junior & Cadet National Championships in Fargo, ND. Red placed first out of a 96-wrestler field. Red is also a two-time IHSAA state champion wrestling for the Dragons. He is a junior at NPHS. 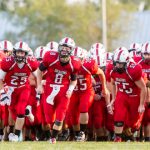