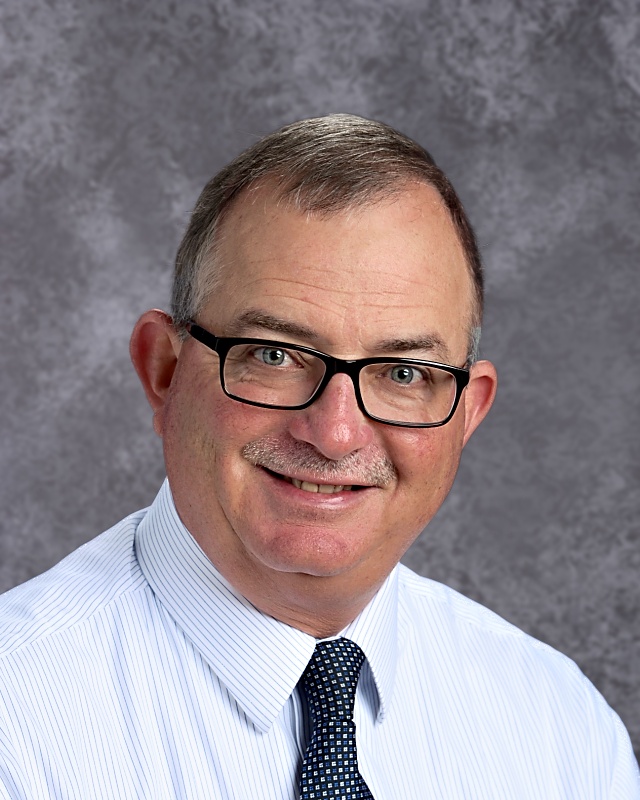 Al Cooper became New Palestine’s athletic director in 2011, but he has been a fixture of Dragon athletics for decades.

He was a standout three-sport athlete at NPHS as a student, and then returned as a teacher and coach. As girls basketball coach from 1998-2005, he won 228 games and four sectional championships. As varsity baseball coach, he led the Dragons to two State Finals berths and a state championship in 2004. He also has coached football and golf at NPHS, and served in a variety of other roles, including several years as the football and basketball public address announcer.

During his time as athletic director, the Dragons have enjoyed across-the-board success in multiple sports, both on and off the court. It begins with Cooper’s vision of having an athletic department that is built on the three C’s – Commitment, Character and Class. NPHS has won team state championships in football and softball, as well as winning multiple individual state championships in wrestling and track and field. Along with band director Shawn Humphries, he has begun the Dragon Leadership Council, teaching students to become leaders. NPHS has also added unified track and field during his tenure, as well as started a Student Council for Athletic Leadership in Education. He has been honored by the Indiana Interscholastic Athletic Administrators Association.

Cooper is a graduate of the University of Indianapolis. He lives in New Palestine with his wife Joyce. They have two grown daughters, Kendra and Candice.