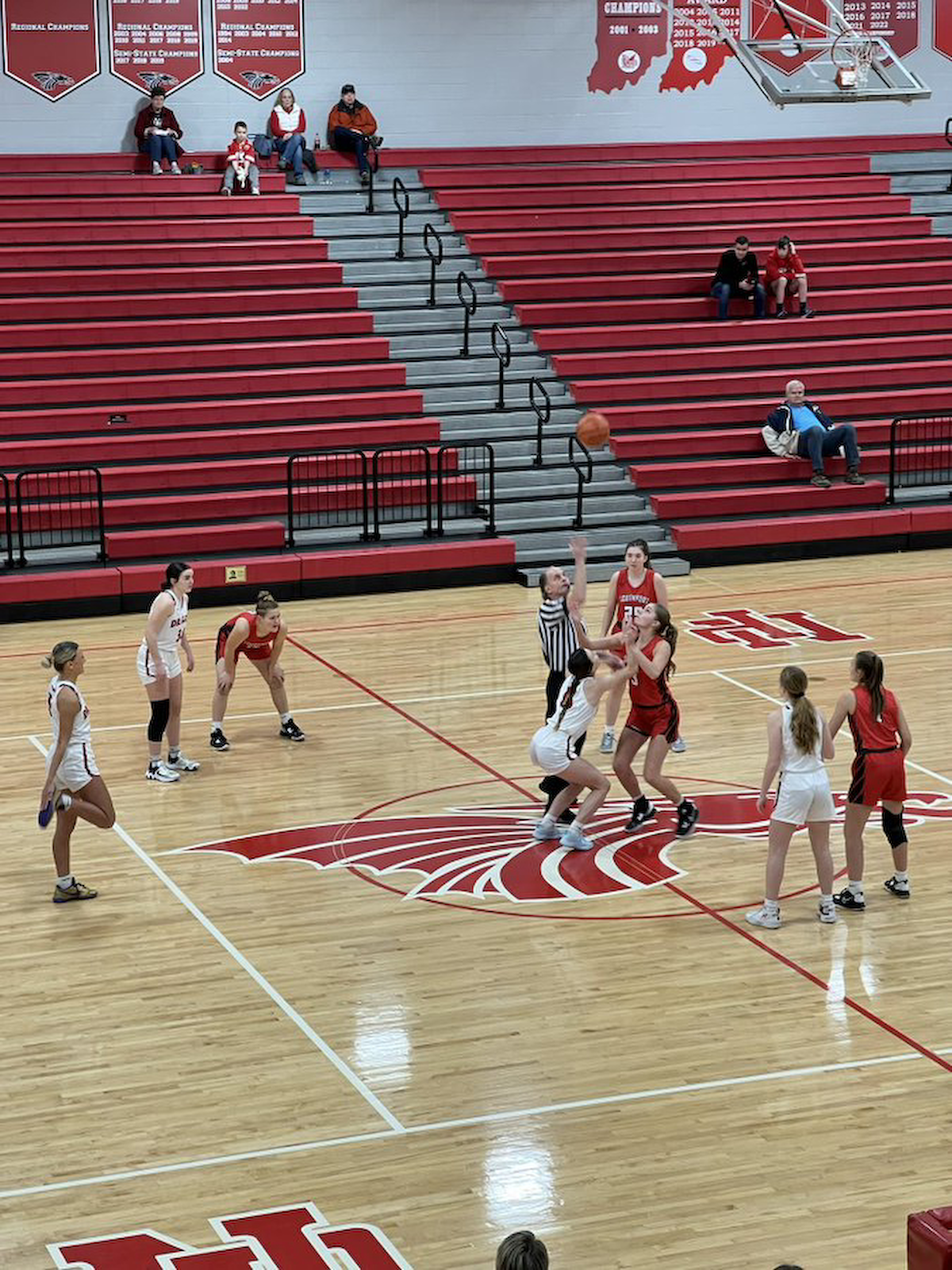 The New Palestine girls basketball team rallied from a four-point deficit in the final minute Saturday to pull out a thrilling 58-56 victory over Southport at the NPHS gymnasium. The Dragons trailed 56-52 in the closing seconds when Vivian Miller drilled her third 3-pointer of the game to draw the Dragons within a point. The Dragons then forced a defensive stop and Isabella Gizzi drew a foul. She hit both free throws to put the Dragons on top 57-56. After another stop, Gizzi was again fouled with six seconds left. She hit one free throw and then blocked Southport's attempted buzzer-beater to seal the victory. The Dragons trailed 16-12 after a quarter, with Gizzi scoring six points and Sadey Hughbanks hitting four free throws in the opening frame. The Dragons had solid balance in the second, with Miller hitting a 3-pointer and scoring five points. All six players scored in the frame as the Dragons tallied 18 points and went into the break tied 30-30 Gizzi hit three 3-pointers in the third and Blum two, leading the Dragons to a 47-42 lead going into the final frame. Southport was able to open the quarter with a 12-5 spurt, with a basket by Blum and a triple by Miller providing the Dragons' points, before the final-minute rally. Gizzi led the Dragons with 21 points. Blum added 14 and Miller 13. Hughbanks scored six. Tylar Whitaker and Kylee Beranek each tallied two. Gizzi broke the Dragons' single-season scoring record in the contest. She now has 472 points this season, four more than the previous record of 468 set by her mother, Dragons head coach Sarah (Haynes) Gizzi in 1994. Gizzi also holds the Dragons' single-game (40) and career (1,556) scoring records. The Dragons improved to 10-10 after their second straight victory. They travel to Greensburg for a Tuesday contest.