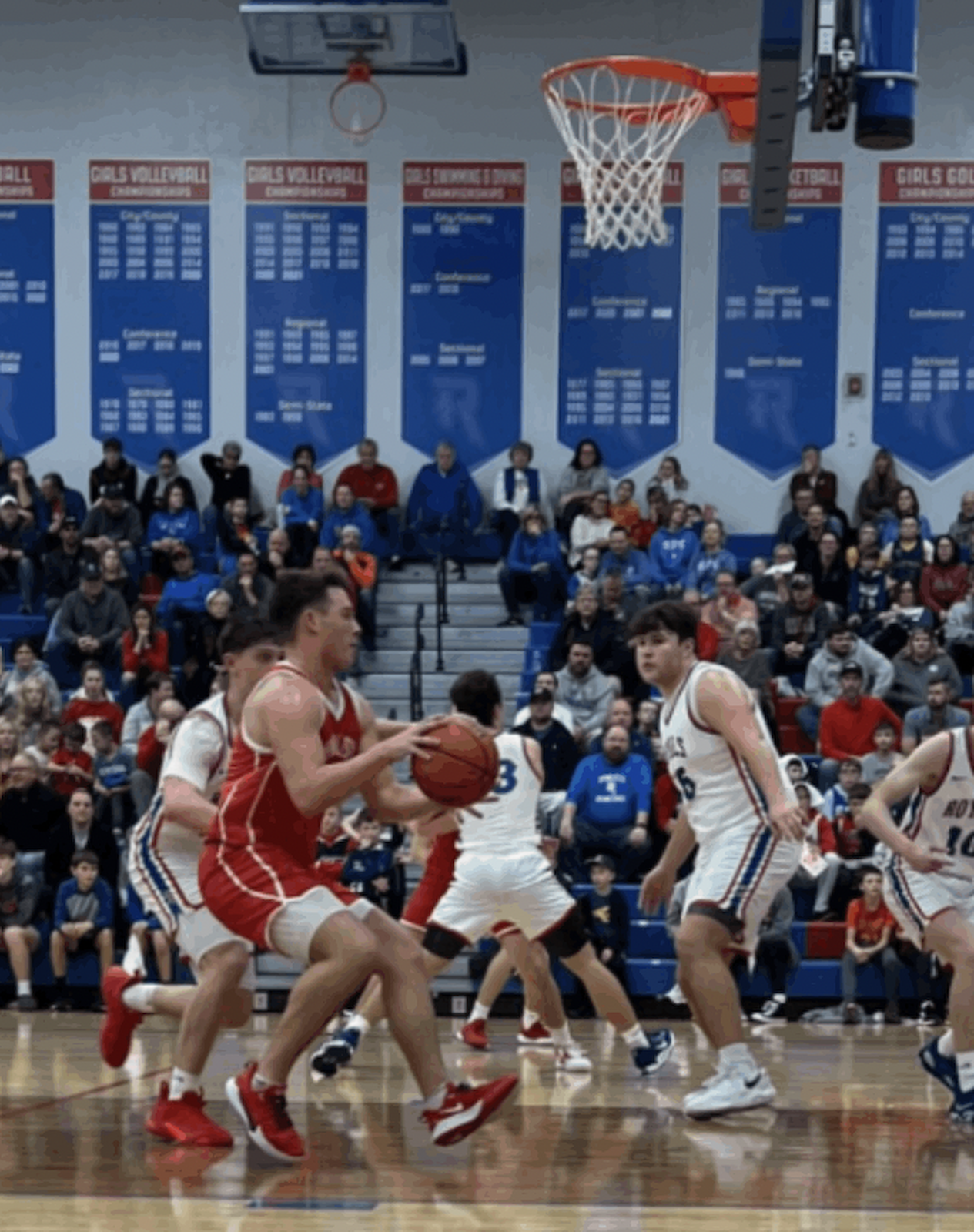 The New Palestine boys basketball team continued its season-opening winning streak Friday, beating host Roncalli 58-41. The Dragons are now 13-0 on the season, extending their mark for the best start in school history. The Dragons did so with a lockdown defensive effort, allowing 15 points after halftime to break open a game they led 31-26 at the break. The Dragons broke the game open in the third, as Blaine Nunnally led off the quarter with a 3-pointer, followed by a conventional three-point play by Ian Stephens and a triple by Bryant Nunnally. After a Ben Slagley basket, Julius Gizzi later hit a shot from deep and followed with a hoop, giving the Dragons a 16-7 quarter and a 47-33 lead going into the fourth. The Dragons extended the lead in the fourth, with Kendall Hill hitting an early shot and Blaine Nunnally following with two free throws and a hoop. The Dragons hit 7-of-10 from the line in the quarter to put the game away, with Blaine Nunnally going 5-of-6. In the opening frame, Stephens scored six points, Slagley four and the Nunnally brothers each hit 3-pointers to give the Dragons a 16-13 lead. Moses Haynes hit two 3-pointers off the bench to lead a 15-point second quarter as the Dragons led by five at the break. Blaine Nunnally led the Dragons with 15 points, giving him 1,027 for his career and tying Michael Morris for seventh place on the NPHS career scoring list. He also passed T.J. Ott (1,025) during the game. He needs 12 points to catch Dennis Ulrey for sixth place. Stephens added 11 points, scoring eight in the opening half. Gizzi scored eight points off the bench. Haynes and Slagley scored seven points each. Bryant Nunnally scored six and Hill four. Trevor Lauck scored 13 points and Drew Keggeris 12 for Roncalli. The Dragons dropped the JV game 58-47 and won the freshman game 39-34. The Dragons are next in action Saturday at Franklin.