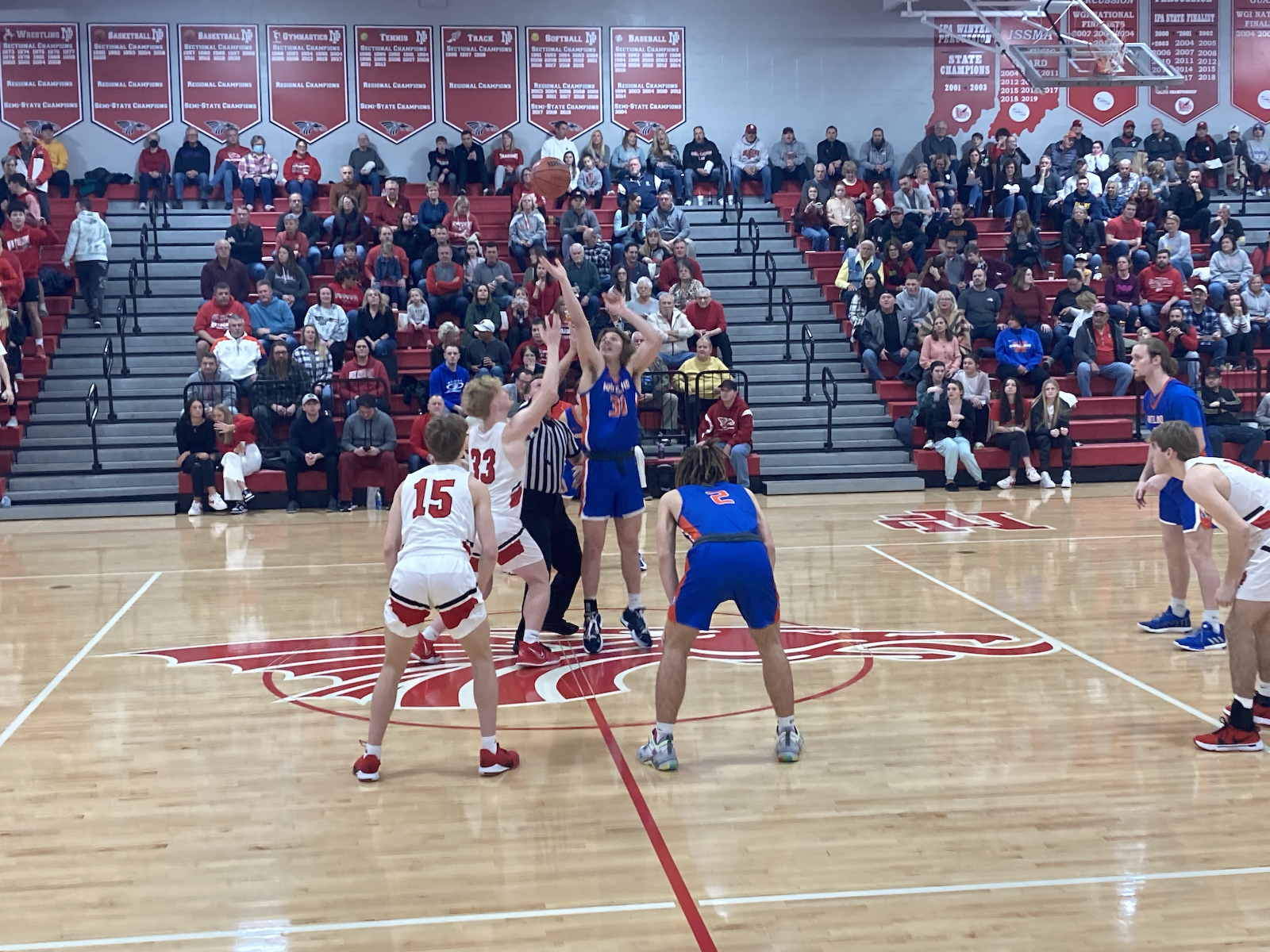 The New Palestine boys basketball team opens its season Wednesday at home against the Richmond Red Devils. Wednesday: New Palestine Dragons (0-0) vs. Richmond Red Devils (0-0) Time: 6 p.m. JV &amp; F/7:30 p.m. V Site: NPHS gymnasium Tickets: https://public.eventlink.com/tickets?t=23650 Audio: NewPalRadio.com Video: https://www.ihsaatv.org/newpalestine ($) SETTING THE SCENE The Dragons open their season with what has become their annual Thanksgiving Eve meeting with Richmond. This game has been scheduled for this date since 2017, but this is only the third time it’s been played on Thanksgiving Eve due to the Dragons’ football success and COVID postponements. The Dragons and Red Devils split two meetings last year. Richmond won last year’s season opener 60-55 at the Tiernan Center, despite Blaine Nunnally scoring 15 points for the Dragons. The Dragons won a rematch 76-58 in the Greenfield-Central sectional, with Ian Stephens scoring 21 points and grabbing 19 rebounds. New Palestine leads the all-time series 6-2 and has won both games played at NPHS. The Dragons have won four of their last five home openers, with the lone loss in that span coming in 2020-21 against Beech Grove. The Dragons were 10-1 at home last season. DRAGONS NOTES The Dragons are coming off a 19-7 season, tying for the second-most wins in school history. They return three starters from last year’s squad - four-year varsity performer Blaine Nunnally, guard Bryant Nunnally and forward Ian Stephens. Sophomore forward Ben Slagley also started 13 games last season and senior wing Eian Roudebush started four games. Blaine Nunnally averaged 13.8 points and 4.4 assists per game last season, leading the HHC in assists. He was chosen All-HHC for the second straight season. Stephens led the HHC in rebounds, averaging 9.7 per game, in addition to a 12.5 ppg scoring average. He had nine double-doubles, including five in a six-game span midway through the year. He was named an All-HHC performer. Slagley became a starter midway through the season and averaged 6.6 points and 3.7 rebounds per contest. He shot 61 percent from the field and scored in double-figures five times. Coach Trent Whitaker is fifth on the NPHS all-time coaching wins list. He needs seven victories to reach 100 for his career. The Dragons are 65-37 over the last four seasons. SCOUTING THE RED DEVILS Richmond is led by second-year head coach Billy Wright, a Richmond alum who has had coaching stops at Pike and at the collegiate level, most recently on the staff at Ball State. The Red Devils’ top returning scorer is sophomore Mason Carpenter, who averaged 9.7 ppg as a freshman. Junior Ryder Cate tallied 8.3 ppg and 4.5 rpg. NEXT UP The Dragons are off this weekend. They play their first double-weekend of the year next week, hosting Eastern Hancock Dec. 2 and then traveling to Rushville the next evening. FOLLOW US All NPHS games, home and away, are broadcast at NewPalRadio.com. The home games are also available pay-per-view at IHSAAtv.org/newpalestine.