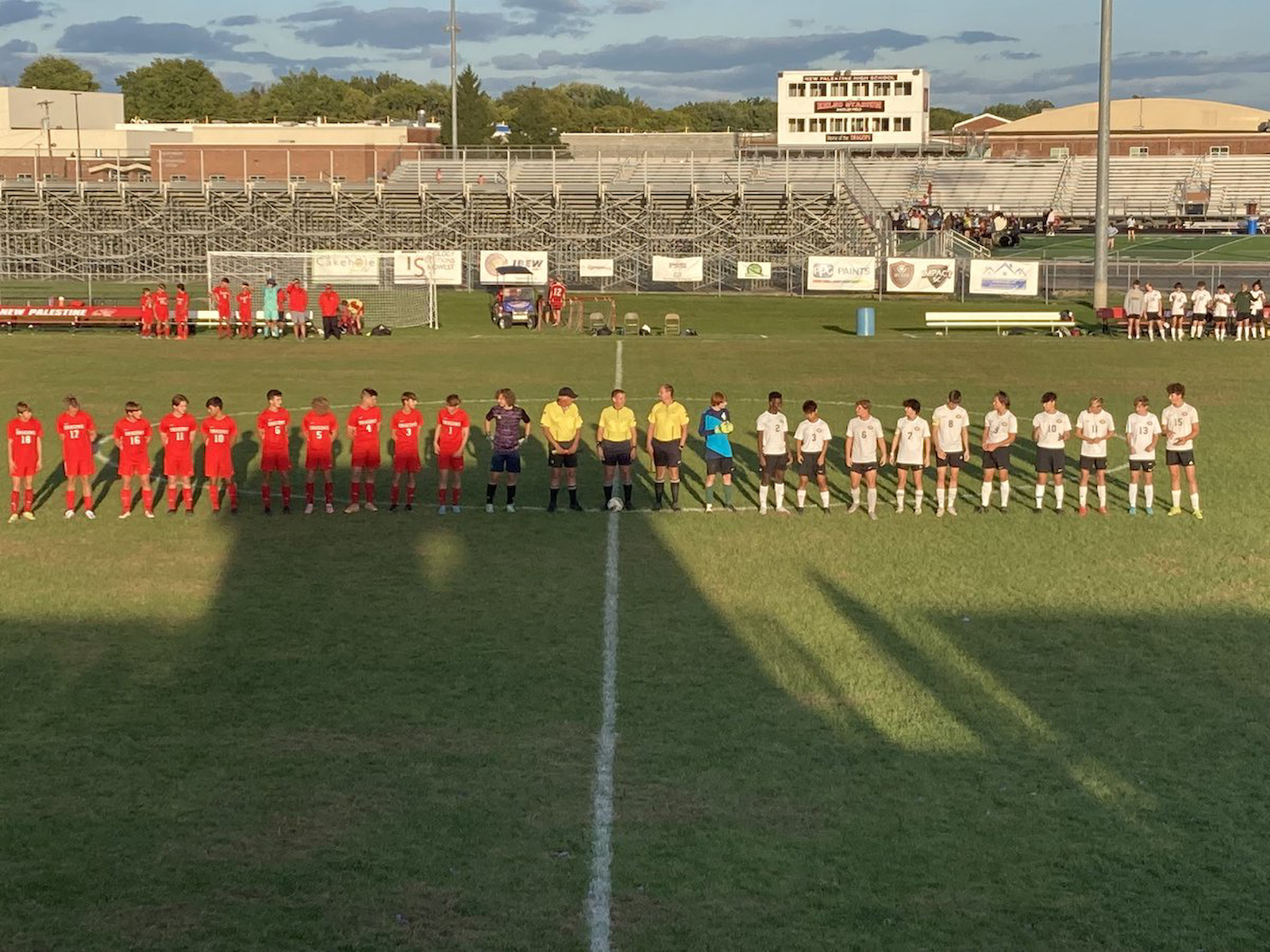 Cody Crawmer scored an early goal for the New Palestine boys soccer team and the Dragons' defense allowed it to stand up Thursday in a 1-0 home victory over Greenwood. Crawmer's goal came as Brendan Tanksley sent a far-post cross in from the right wing. It fell to Crawmer, who fired a left-footed shot past the Greenwood goalkeeper in the seventh minute. The Dragons pushed with a number of early chances. Crawmer had a header on Elliott Canova's second-minute free kick that was stopped by the Woodmen goalkeeper. Tanksley had another close-in chance go wide a minute later. The Dragons pushed for an insurance goal. Cole Christopher sent a dangerous cross into the goalmouth in the 10th minute. Both Canova and Paxton Holmes had chances, but they were smothered by the Greenwood goalkeeper. Another dangerous attack came on a buildup from Crawmer and Chase Martin in the 38th minute, but it took a spin over the line. Greenwood's chances were few. The Woodmen's best chance came in the 54th minute, as a dangerous ball played in led to an open look at the left side of the six-yard box, but a far-post shot went wide. Blake Bobrow and the Dragons defense maintained the clean sheet - the Dragons' fourth of the season - to seal the win. The victory snapped a three-game skid and improved the Dragons' record to 7-6. The Dragons and Woodmen played to a 1-1 tie in a 40-minute JV game. Will Bardonner tallied the Dragons' goal on an assist from Eli Martin, an equalizer two minutes after the Woodmen had taken the lead. The Dragons are next in action Saturday at home against Connersville, which will be the Dragons' senior day. A JV half will kick off at 10 a.m., followed by senior ceremonies at 10:40 a.m. and the varsity kickoff at 11 a.m.