The New Palestine girls basketball team posted its second straight victory to open the season Saturday, using a strong defensive effort in a 61-24 victory over Southport. 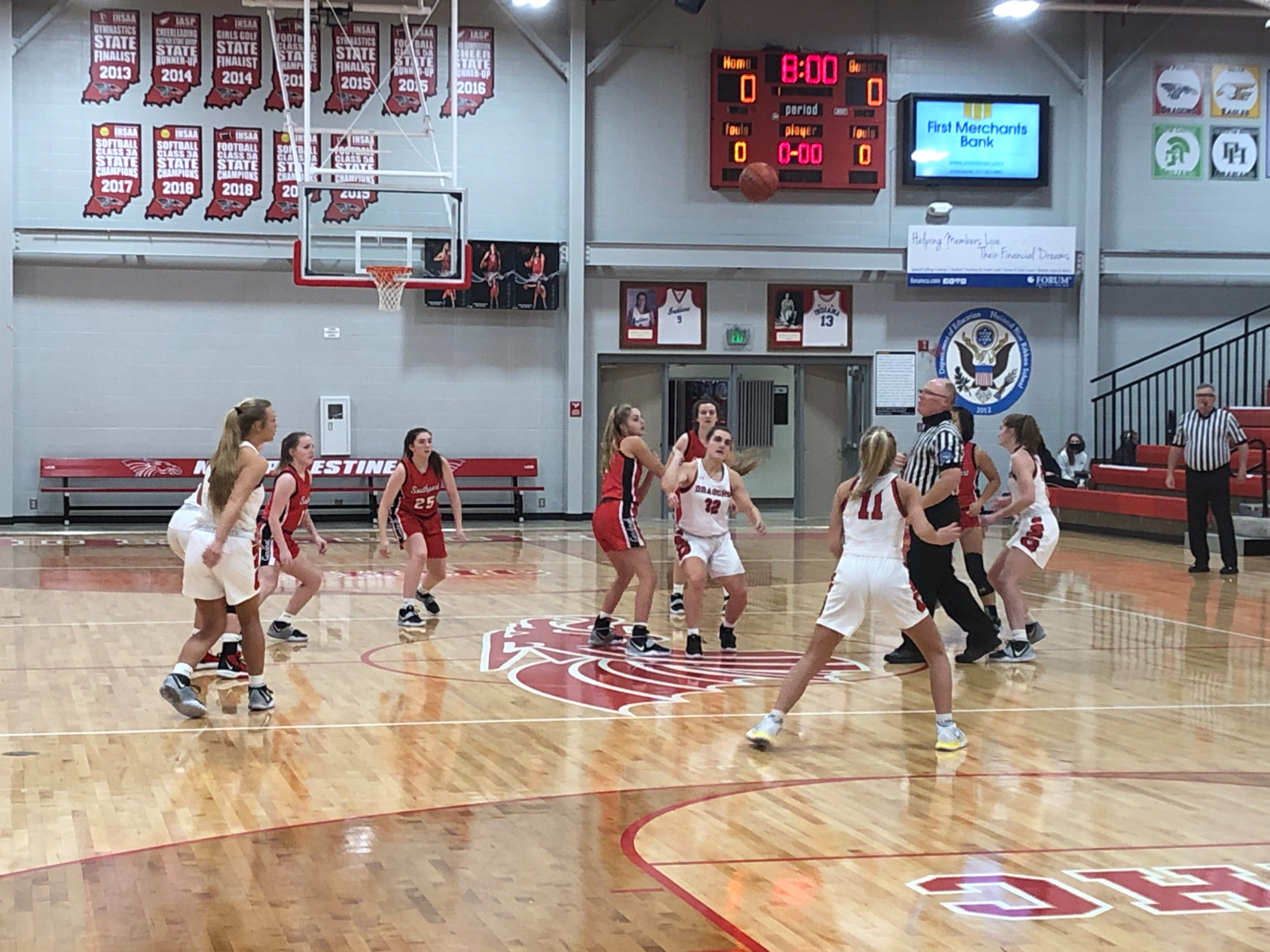 For the second straight game, the Dragons held an opponent below 30 points and to fewer than 10 made field goals in the contest. The Dragons’ defense forced 20 turnovers.

The Dragons’ defense ignited the team to an early lead, as Anna Ackerman’s back-to-back steals led to five breakaway points, staking NP to a 7-2 edge. She then closed the first quarter with a 3-pointer that pushed the lead to eight and ignited a 13-point run that gave NP a 22-5 lead.

NP led 24-9 at halftime, with eight different players scoring in the first half. It continued in the second half, as 10 of the 11 Dragons scored in the victory. NP extended the lead to 38-19 after three, then held Southport scoreless for the first six minutes of the fourth quarter. NP opened the period on a 12-0 run and outscored the Cardinals 23-5 in the final eight minutes.

Southport scored just three field goals in the first half and eight for the game. Marianna Martinez and Gracie Cherry led the Cardinals with seven points each.

There was no JV game.

The Dragons next play Nov. 21 at defending state champion Lawrence North, with a noon JV tip, followed by a 1:30 p.m. varsity contest.