The Dragon girls placed three runners in the top four and had six All-HHC performances to win by a big margin. NP had 21 places, beating second-place Pendleton Heights (66) by 45. Delta (101) was third.

Sophomore Brenna Shaw was the individual HHC champion with a time of 19:09. She beat runner-up Audrey Brinkruff of Greenfield-Central by 33 seconds.

The Dragon boys had three runners in the top six and had five All-HHC performances to win their conference title. NP tallied 41 places to beat runner-up Greenfield-Central (66) by 25 places. Mt. Vernon (75) was third and Pendleton Heights (89) fourth.

Both teams next run Oct. 6 at the New Palestine sectional. 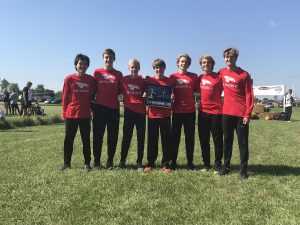 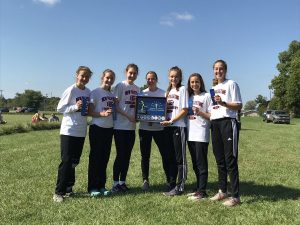