Fox helped lead the Dragons to a second-place finish. NP tied first-place Pendleton Heights with a score of 181, but the Arabians won on the fifth-score tiebreaker. Both teams were 13 strokes ahead of a three-way tie for third-place between Yorktown, Mt. Vernon and Greenfield-Central.

The event was shortened to nine holes after being postponed from Saturday due to rain. 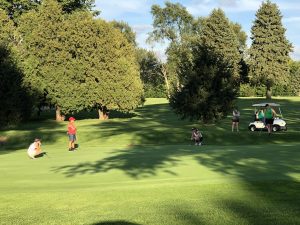 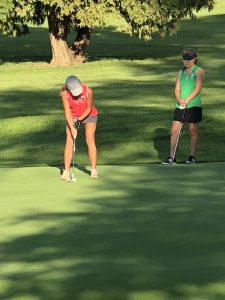