The Dragon girls won with a perfect score of 15, sweeping the top five spots. Brenna Shaw, Kaylin Casner, Victoria Crowder, Kendall Mann and Emily Adam took the sweep. Grace Voelz (1oth) and Sophia Taylor (12th) were the Dragons sixth and seventh runners. The Dragons won in a field of 10 teams.

The meet was originally scheduled for Saturday, but postponed due to heavy rains that came this weekend.

The Dragons next compete Saturday at the Riverview Health Invitational at Northview Church in Carmel. 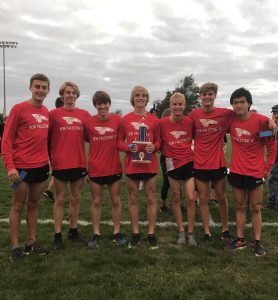 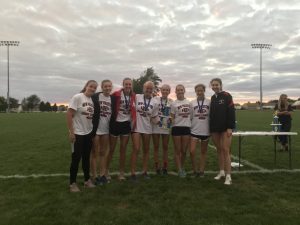