Dragons Official Sponsor
The New Palestine varsity tennis team put up a spirited performance in going down 3-2 to Lawrence North in Tuesday’s regional at North Central.
The loss completed an outstanding season for the Dragons, in which they finished 19-5 and won the county, conference and sectional championships.
NP No. 1 singles player Matthew True was beaten 6-0, 6-0 by LN’s Cade Satz who controlled the match and prevented True from mounting a counter attack.
At No. 2 singles for the Dragons, Ben Blachly, played well in the first set against Robbie Bruner but the Wildcat took it 6-4. The more experienced Bruner increased the pressure in the second set with deep groundstrokes and cruised to a 6-4, 6-1 victory for LN.
The Dragons dominated the doubles matches with their net-rushing tactics. At No. 1 for NP, Nick Ruche and Colby Wagoner trailed 5-2 in the first set but recovered well to take the set 7-1 in the tie-breaker. Playing attacking doubles, the Dragons controlled the second set and closed out the match 7-6(1), 6-2.
No. 2 doubles for NP, David Hockett and Dane Reid, proved too strong for Ethan McBeth and Jasper Suiter and won easily 6-1, 6-0 to grab a point for the Dragons and level the match at 2-2.
With the teams locked at 2-2, NP’s Carson Gavin and LN’s Zack Pointer were involved in a close battle. Pointer won a tight match 7-6(1), 6-4 to secure a 3-2 victory for the Wildcats.
The Dragons’ No. 1 doubles combination of Nick Rusche and Colby Wagoner advance to the next round of the IHSAA doubles competition and will meet the HSE No 1 pairing at 4.30 p.m. Wednesday at North Central. 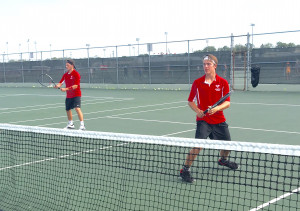 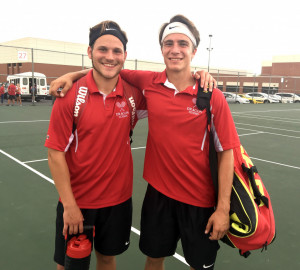 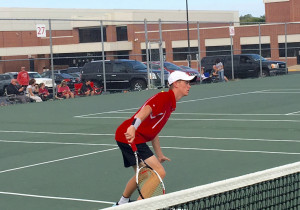 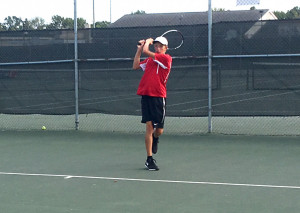 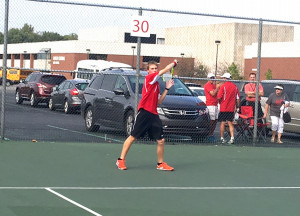 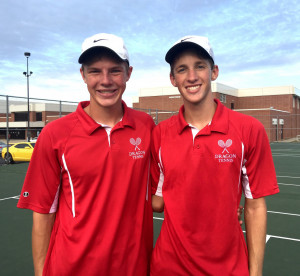 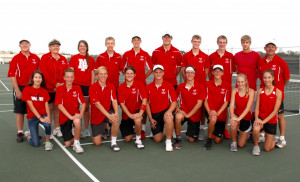 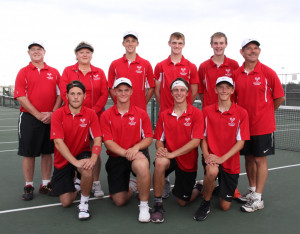