It’s the third straight title for the Dragons. 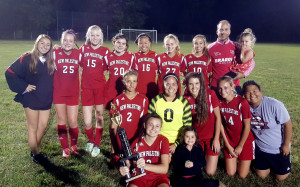