Dragons Official Sponsor
The Dragons varsity tennis team defeated the Eastern Hancock Royals 5-0 in the 1st round of the sectional Wednesday at Mt. Vernon Wednesday. The dominant Dragons lost only seven games in the five matches.
The Dragons No. 1 singles player Matthew True took his record to 17-4 for the season when he beat EH’s Duncan Cherry 6-1, 6-0.
Ben Blachly played at No. 2 singles for NP and kept his composure when shutting out the aggressive Kodey Huff 6-0, 6-1. Blachly extended his record to 18-4 for the season.
No. 3 singles for NP Carson Gavin had to work hard to beat Royal Ian White 6-3, 6-1. Gavin took his record to an impressive 19-3 for the season.
In the doubles, both Dragons teams played with high intensity to dominate their opponents. NP No. 1 doubles pairing of Nick Rusche and Colby Wagoner crushed Jack Smith and Peyton Robertson 6-0, 6-0 to take their record to 17-3.
At No. 2 doubles, NP’s David Hockett and Dane Reid beat Keegan Bowman and Brady Ellis 6-1, 6-0. Hockett took his excellent record to 20-1 for the season.
The Dragons varsity team moved to 17-4 for the season. It meets Pendleton Heights in the semifinal at 5 p.m. Thursday at Mt Vernon. 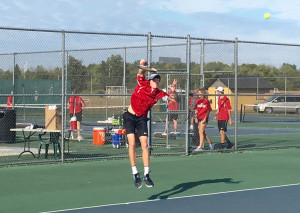 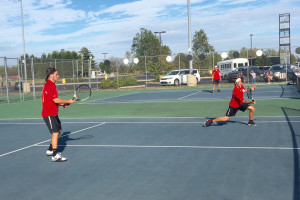 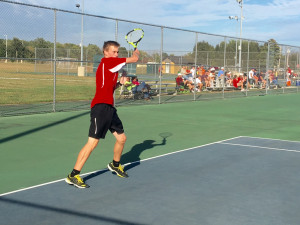 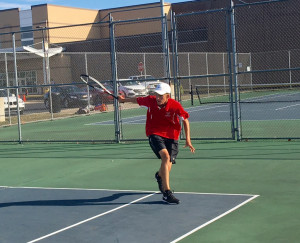 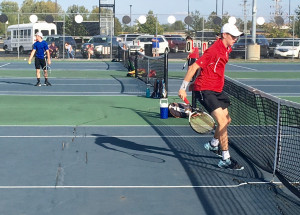 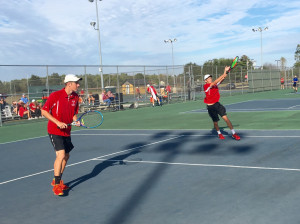 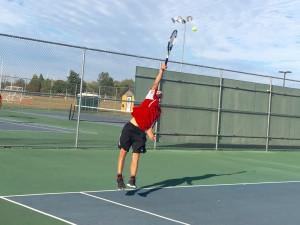 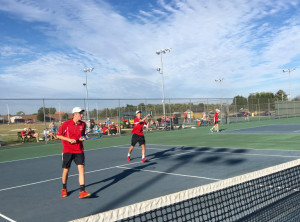