Ben Blachly played at No. 2 singles for the Dragons despite suffering from an illness. He played with courage to beat Chatard’s Zach Lewis 6-3, 6-2.

At No. 3 singles, Carson Gavin used his consistent groundstrokes to outplay junior Elias McQueary 6-2, 6-2 and complete a sweep of the singles for the hosts.

No. 1 doubles pairing for NP, seniors Nick Rusche and Colby Wagoner, had a tough first set against senior Mitchell Stewart and junior Adam Pemberton but eventually clinched the match 6-4, 6-2 to move to 16-3 for the season.

The Dragons No. 2 doubles combination of senior David Hockett and junior Dane Reid played an attacking game to oust Chatard’s Jack Phelps and Jacob Zurawski 6-2, 6-2. David Hockett moved to an excellent 19-1 for the season. He has played with several partners during the season – senior Steven Gutzwiller, who is out with an illness – Dane Reid and Nathan Hubbard..

The hard working Dragons varsity team completed a successful regular season with a 16-4 record. They open sectional play next week at Mt. Vernon. 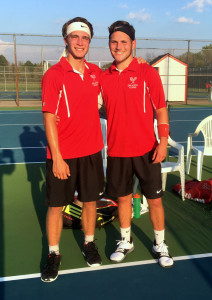 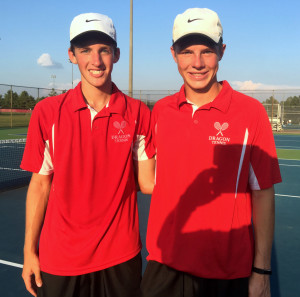 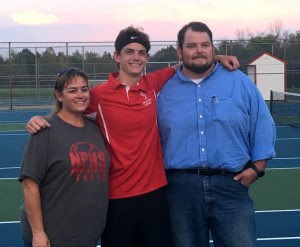 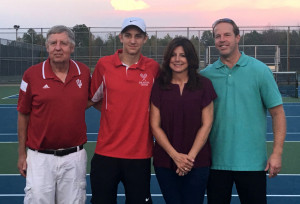 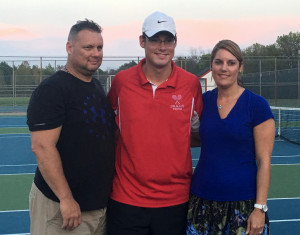 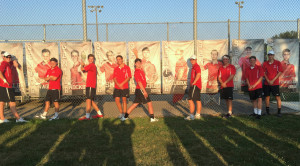 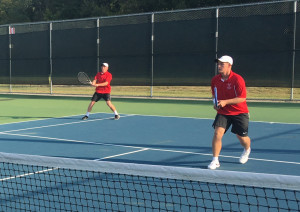 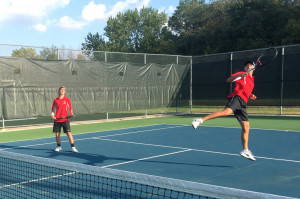 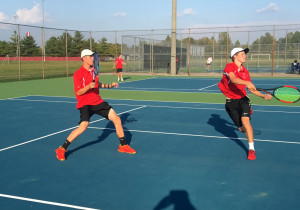 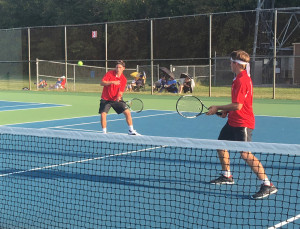 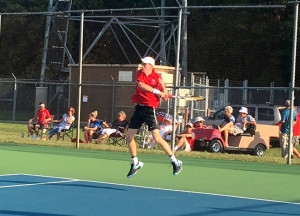 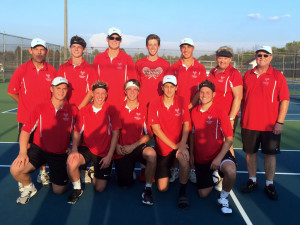