The New Palestine tennis team continued its impressive season with a 5-0 victory over arch-rival Mt. Vernon to win at least a share of the Hoosier Heritage Conference title Tuesday.

The Dragons can win the championship outright with a victory Wednesday at New Castle.

Dragons No. 1 singles player Matthew True outclassed MV senior Matthew McCullough 6-0, 6-0 to give the visitors their first point. The hard working True moved to 14-4 for the season.
No. 2 singles player for NP, sophomore Ben Blachly, played MV’s J.D. Cohee and dominated the groundstroke rallies and served well. He set up a 6-1, 6-4 victory.
Carson Gavin played No. 3 singles for the Dragons against Marauder Thomas Obergfell. Gavin was forced to recover from a 3-0 deficit in the first set and fought back to win in straight sets 6-3, 6-1.
The No. 1 doubles team for NP, seniors Nick Rusche and Colby Wagoner, played with high intensity to sweep Sam Frye and Brayden Browning 6-0 in the 1st set. The Dragons lost focus in the second set and trailed 2-1 after MV broke serve. Rusche and Wagoner were able to break back and took the 2nd set 6-4 and the match to secure a valuable point for NP.
At No. 2 doubles for NP, David Hockett and junior Dane Reid, played solid doubles to beat MV’s Peyton Meadors and Sam McCarty 6-4, 6-1, giving the Dragons a clean sweep 5-0.
The NP junior varsity team defeated MV 3-2 with Ethan Haeberle and Trevor Darley winning their singles matches. The No. 2 doubles pairing of Justin Wiltshire and Nico Martin won, clinching a 3-2 victory for their team. The NP JV team moved to an impressive 14-1 for the season.
The Dragons varsity team improved to 14-4 and to 6-0 in the HHC. They travel to New Castle for a crucial re-scheduled HHC match on Wednesday. A victory will give the Dragons the outright HHC title. 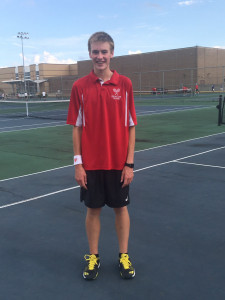 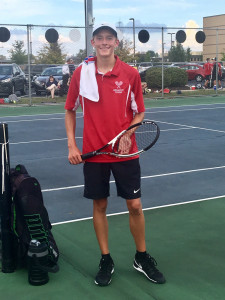 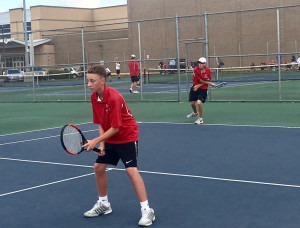 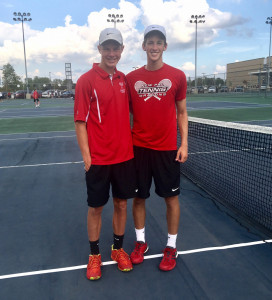 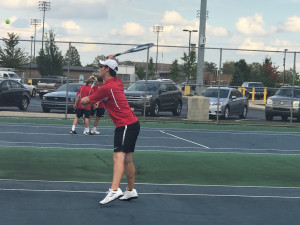 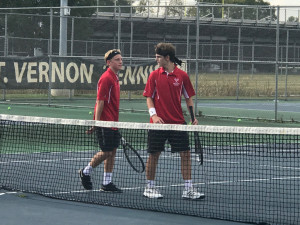 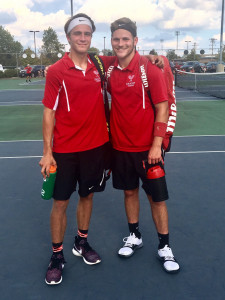 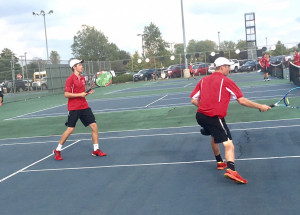 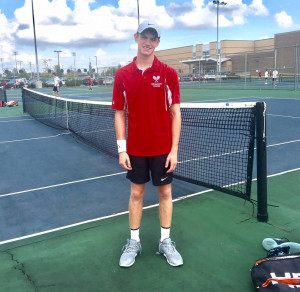 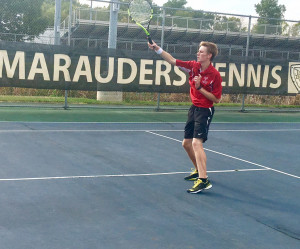 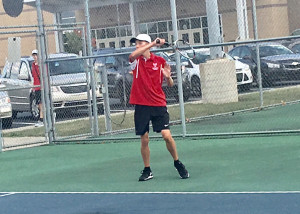 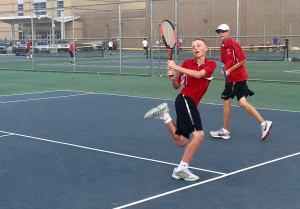