The New Palestine varsity tennis team played at Pendleton Heights Monday without two players who were suffering from an illness, but the Dragons produced an impressive team performance to win 5-0.

At No. 1 singles for NP, Matthew True, continued his excellent form this season to shut out PH senior Drew Wilson 6-0, 6-0.

Dragons sophomore Ben Blachly was forced to fight back after being down 3-0 in the second set against junior Walker Stull. Blachly showed good resolve to overcome Stull’s defensive tactics and pull out a 6-3, 7-6(5) victory for the visitors at No. 2 singles.

Nick Rusche combined with senior David Hockett at No. 1 doubles for the Dragons, as normal partner Colby Wagoner was out ill. The NP team won the 1st set 6-2 but lost focus in the second set and were soon down 3-0. Rusche and Hockett recovered well to win six games in a row and take the match 6-2, 6-3.

The No. 2 doubles pair of Dane Reid and Nathan Hubbard, who played in place of Steven Gutzwiller who was out with an illness, played well to beat PH’s Evan Smith and Caleb King 6-3, 6-0.

The NP JV team won 3-2. No 1 singles Ethan Haeberle won, as did No 2 Trevor Darley and the No 2 doubles combination of Drew Pieratt and Josh Smith to secure the victory for NP.

The Dragons varsity team improved to 10-4, while the JV team moved to an impressive 11-1 for the season. The Dragons are also 5-0 in the HHC.

NP travel to Arsenel Tech on Tuesday and to New Castle Wednesday. 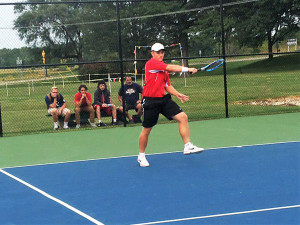 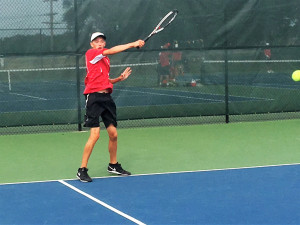 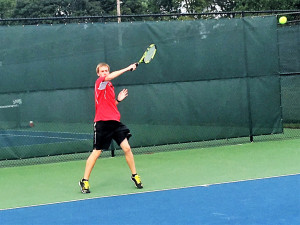 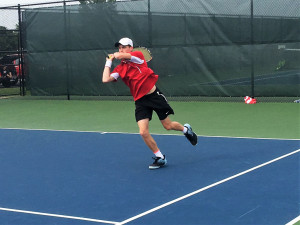 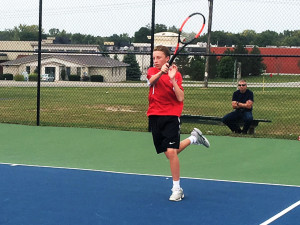 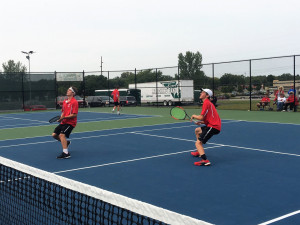 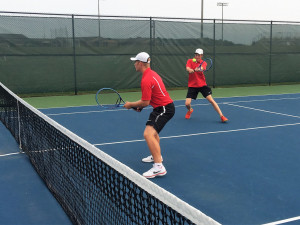