No. 1 singles for NP, Matthew True, dominated the points with his topspin forehand. He made few mistakes when to comfortably beat junior Peyton Books 6-0, 6-2 – to give the visitors their first point.

Ben Blachly played at No. 2 for the Dragons against sophomore Gage Riley. Blachly’s consistency in the groundstroke rallies set up a 6-1, 6-3 victory for NP.

At No. 3 singles, Dragon Carson Gavin recovered from 5-1 down in the 1st set against lefthander Jay Bilyeu. Gavin fought back with deep groundstrokes to set up a 7-5, 6-2 victory.

Colby Wagoner played No. 1 doubles with Steven Guzwiller, who was standing in for Nick Rusche while Rusche attended his brother’s wedding. They struggled in the first set against the Riley twins, Macoy and Garrett, losing 6-4. They fought back strongly after the break for rain, winning the next 2 sets 6-0, 6-3 to win the match for the visitors..
The No. 2 doubles team of David Hockett and Dane Reid played high percentage doubles to beat sophomores Aiden McMonagle and Anthony Steinhardt in straight sets 6-2, 6-1.
The Dragons varsity team moved to 10-4. The NP JV team won 4-0. They have an impressive 13-1 winning record for the season – showing the depth of Dragons tennis.
NP hosts the Hancock County tournament with Mt. Vernon, Greenfield-Central and Eastern Hancock at 9 a.m. Saturday. 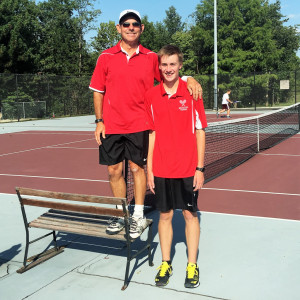 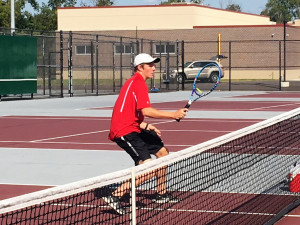 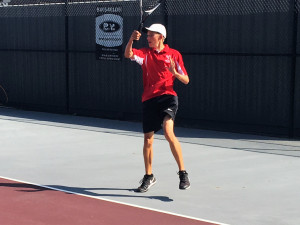 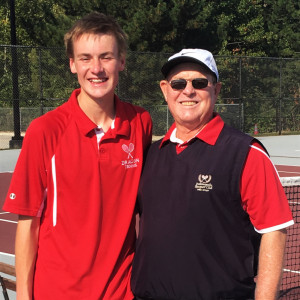 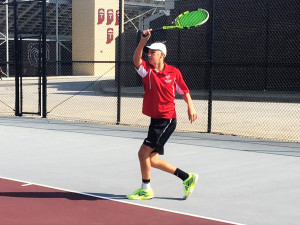 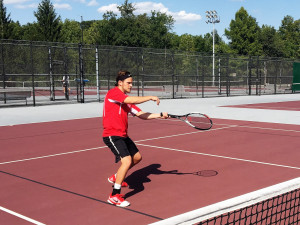 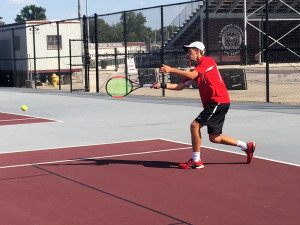 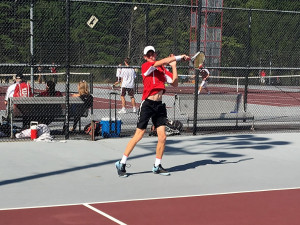 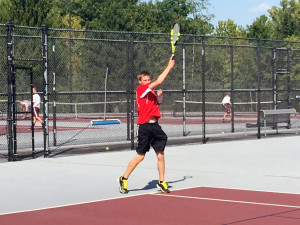