The Dragons varsity tennis team hosted a triangular tournament with the University Trailblazers and the Greenwood Woodmen Saturday. NP beat University 5-0 but was narrowly beaten 3-2 by Greenwood in an exciting deciding match.

NP did not drop a set in its comfortable win over University. Dragons No. 2 doubles player Nathan Hubbard made his varsity debut in this match. Greenwood then repeated a 5-0 clean sweep over the Trailblazers. In the tournament decider, Greenwood edged the hosts 3-2 to win the tournament.

In the University match, NP No 1 singles player Matthew True was too strong for sophomore Logan Hubbard, winning 6-1, 6-0. In the Greenwood, clash True played senior Jacob Gray. The first set was  closely contested with Gray winning it 6-4. In the second set, True missed a number of forehand drives wide on big points. His opponent went on to close out the match 6-4, 6-1.

NP No. 2 singles player Ben Blachly met Greenwood freshman Ethan Gray. The Dragon competed well in the first set but was outplayed in the second set by Gray, who took advantage of short balls offered by Blachly. The Trailblazer hit numerous scorching forehand winners to set up a 6-3, 6-0 victory. This gave the Woodmen a 2-0 lead.

In the No. 3 singles match, NP’s Carson Gavin used his consistent groundstrokes to secure a straight sets victory against senior Grant Bryant 6-3, 6-2 and pull one back for the Dragons.

The Dragons’ No. 2 doubles pairing of David Hockett and Steven Gutzwiller produced an awesome display of aggressive doubles. They deservedly beat Nick Belovic and Charlie Brooks 6-3, 6-4 to earn a second point for the home team.

With the teams locked at 2-2, NP’s No. 1 doubles combination of Nick Rusche and Colby Wagoner had to contend with some blistering returns from Jacob Rothaar and Ben Sobierar. The first set went to Greenwood, but Rusche and Wagoner fought back to win the 2nd set 6-4 to level the match. In the deciding third set, the Trailblazers came out firing and deservedly clinched a 3-2 victory for their team.- by winning the match 6-1, 4-6, 6-0.

The NP varsity team moved to 9-4. The Dragons next play Wednesday at Lawrence Central. 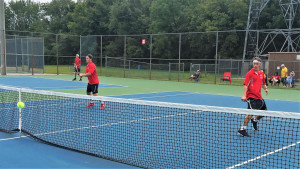 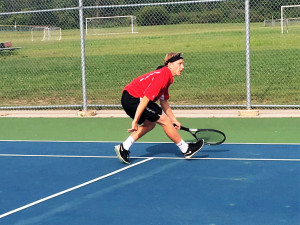 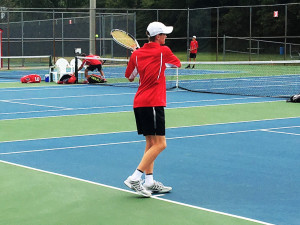 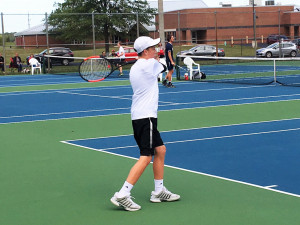 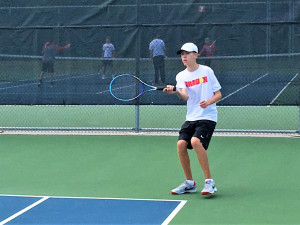 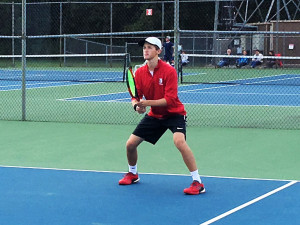 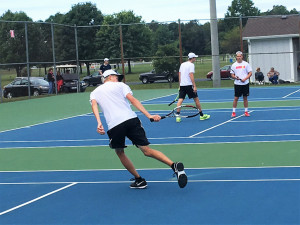 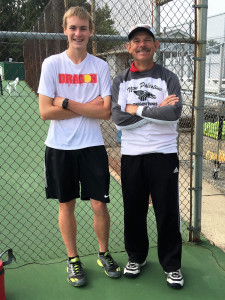 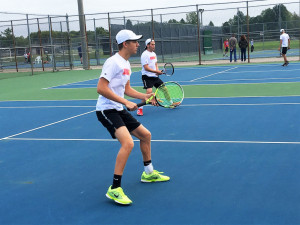