The Dragons varsity tennis team hosted the Shelbyville Golden Bears in a Heritage Hoosier Conference match and cruised to a 5-0 victory.

No. 1 singles for the Dragons, Matthew True continued his impressive streak of form when he easily defeated senior Evan Phares 6-0, 6-2.

No. 2 singles player for NP, Ben Blachly found himself down 3-0 in the 1st set against senior Luke Foltz. At that stage he changed his strategy and recovered well. The tenacious Blachly did not lose another game and went on to win the match 6-3, 6-0.

No. 1 doubles pairing of Nick Rusche and Colby Wagoner produced a high intensity performance against the Bears’ Conner Phelps and Luke Asher. The Dragons aggressive style earned them a 6-3, 6-2 victory.

The Dragons varsity team moved to 8-3 for the season – and to an impressive 4-0 in the HHC.  NP host Greenwood and University on Saturday. 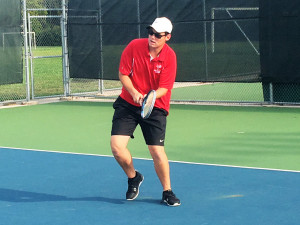 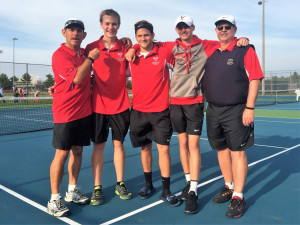 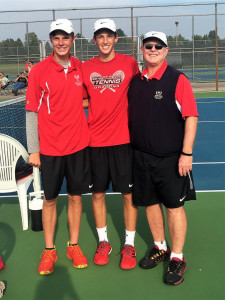 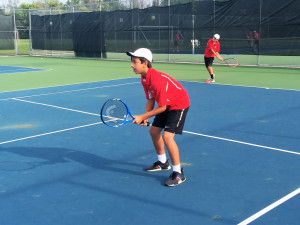 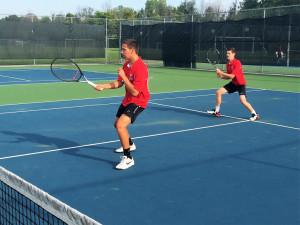 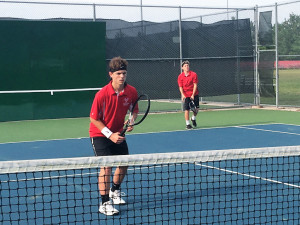 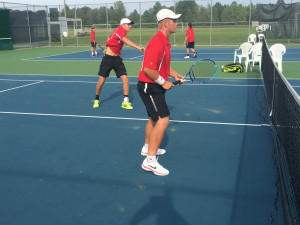 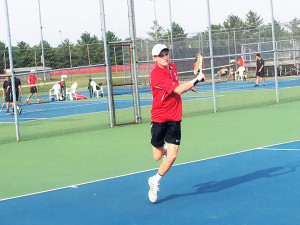 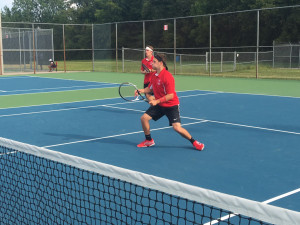 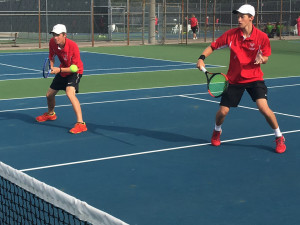