The New Palestine boys tennis team played in a four-team round-robin tournament Saturday at Noblesville. The Dragons beat Noblesville 4-1 and Yorktown 5-0, but lost 5-0 to state-ranked Fishers. The strong Fishers team was unbeaten with three 5-0 victories, with the Dragons placing second in the tournament.

The Dragons players gained valuable experience playing against opponents who play year-round and who participate in tournaments on a regular basis. NP was no match for the powerful Fishers Tigers, but performed extremely well against Yorktown and especially against a potentially dangerous Noblesville team in their last match.

The highlight of the Dragons’ day was an awesome display of tactically smart tennis from junior Matthew True against Noblesville’s No. 1 singles player Jacob Hoffmam. True shocked his opponent with his powerful angled groundstrokes. The talented Dragon did not allow Hoffman to get into the match, and notched up an impressive 6-0, 6-2 victory. Earlier, Hoffman had narrowly lost 9-11 in a deciding final set super tie breaker against Fishers No 1 singles player Will White. True lost 6-3, 6-4 to White in his first match.

Dragons singles players Ben Blachly and Carson Gavin did well to win two out of three matches, as did David Hockett and Dane Reid at No. 2 doubles. The pairing played tactically sound doubles.

Head Coach Des Evans was impressed with the performance of the Dragons team, especially the JV players. Freshman Ethan Haeberle (who had an outstanding day on his varsity debut), sophomore Keegan Mathieson and senior Aidan Miller played in additional exhibition matches against Yorktown and Noblesville. These arranged matches were part of NP’s development program for 2018.

Matthew True was awarded the Dragons Player of the Tournament for a tremendous performance.

The Dragons varsity team improved to 6-2 for the season. They travel to Lapel Tuesday, Franklin Central Wednesday and they entertain Shelbyville on Thursday. NP hosts a three-way match Saturday. 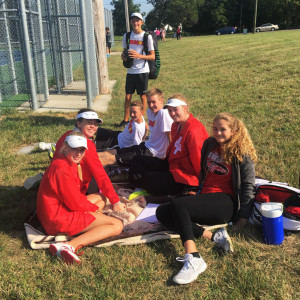 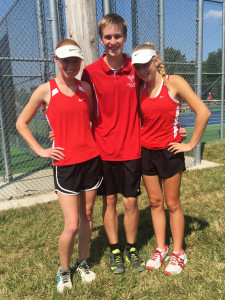 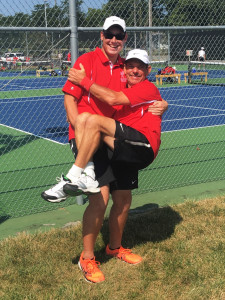 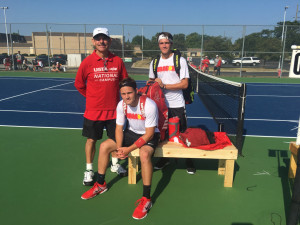 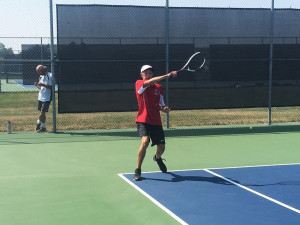 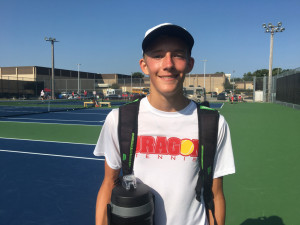 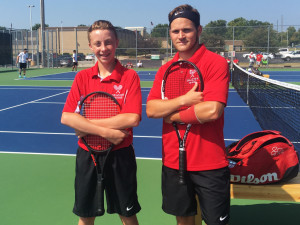 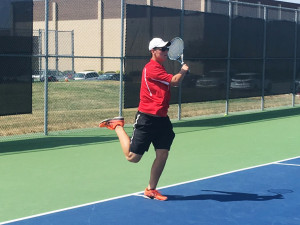 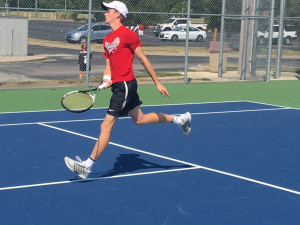 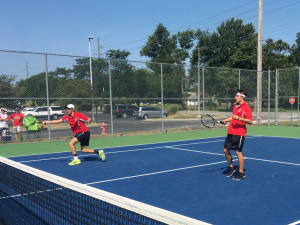 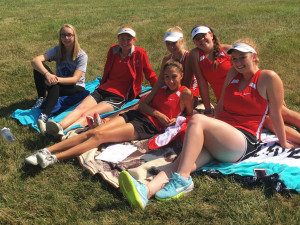 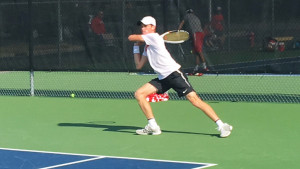